The last car rally before the summer recess took place on the 26 May 2019 and was organised by Pam Gardner and Stan Hunter.  The rally was entitled ‘Chase the Ace’ and involved finding playing cards positioned along the rally route, identifying missing words and symbols from road signs as well as answering a series of questions, whilst following a route that had been highlighted on a series of maps.

It was an extremely challenging rally, juggling different elements, which required concentration and focus and it was as much a test of navigating skills as it was of relationships!  In the end only one couple managed to fully complete all the elements.

The rally started at Festival Park and from there members took the road to Marraxi, through Sa Cabenata, along to Ruberts and up to Inca before coming back via Alaro and finishing at Restaurant de Canet close to Palmanyola and Esporles.

At the restaurant a magician was on hand to see if members could really ‘chase the ace’ as he performed card tricks that amazed and dazzled members.  Three couples also managed to achieve 21 points through collecting playing cards along the rally route, which entitled them to enter ‘Play Your Cards Right’.  Two of the couples won prizes for successfully completing a ‘higher’ or ‘lower’ game with six playing cards.

Although it was a challenging rally, many members said what a great day it was and how much they enjoyed the lunchtime entertainment.  They were also appreciative of the effort and organisation that went into the rally and heartily thanked both Pam and Stan for putting together such a fun-packed day.  The winners were Nick and Lou Cutler driving a TR4, second place went to Gaston and Marianne and third place went to Helen Pitt and Mark Harkins, after a tie break with Michael and Charlotte Van Bregt.  Congratulations to you all. 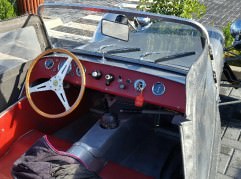 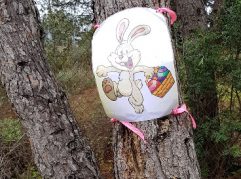 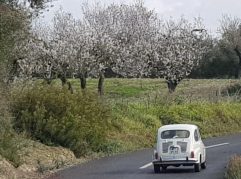