Wet but Happy Bunnies
By Robert Klevenhagen and Stan Hunter

I know it’s hard to believe, but Spring has officially sprung, despite the recent cold spells and generally unpleasant winter weather all over Europe, the past week heralded the official meteorological change of seasons.

Last Sunday, the Classic Car Club was on the roads of Mallorca once more. The Early Easter Run organised by Pam Gardner and Stan Hunter took participants on an exploration of the western and central mountainous and spectacular parts of the island.

Uniquely, there was a choice of routes, both starting at Palma Nova with coffee at the very good and ever popular Café Palmanova Fundación Amadip. Points were awarded for discovering various clues along both routes, as well as for the collection of eggs secretly put there by our own Easter Bunny!

That was the plan, however the weather had different ideas, the day and night before were probably the wettest so far this year. The storms had left the routes strewn with a heavy coating of brown seeds, branches and even a fallen tree!  It made the driving difficult, but everybody enjoyed the challenge.

In spite of the conditions, fifty-seven hearty and enthusiastic participants turned up for the run, which saw them travel from Palmanova, through Calvia and onto Puigpunyent where the run split into a more difficult red route, along the coast road to La Granja in Esporles and a green route that was a little easier.

Unbelievably, the rain held off briefly for the run, but the clouds descended on the higher roads which made for difficult visibility. From La Granja, the cars headed up to Valldemossa and then back down through Establiments to Genova, arriving at Mood Restaurant in Portals. A delicious three course meal at Mood completed what everybody agreed was a great day.

The winners were Helen Pitt and Lou in Helen’s MGB, second place Richard and Jenny
Wills in their Renault 4 and third, Jean Pierre and Otto in J-P’s Austin Healey.

The next Classic Car Club run will be on Sunday 29 April. 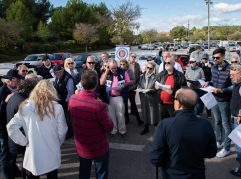 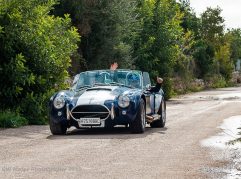 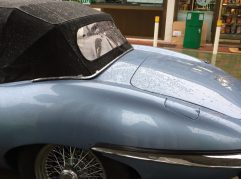